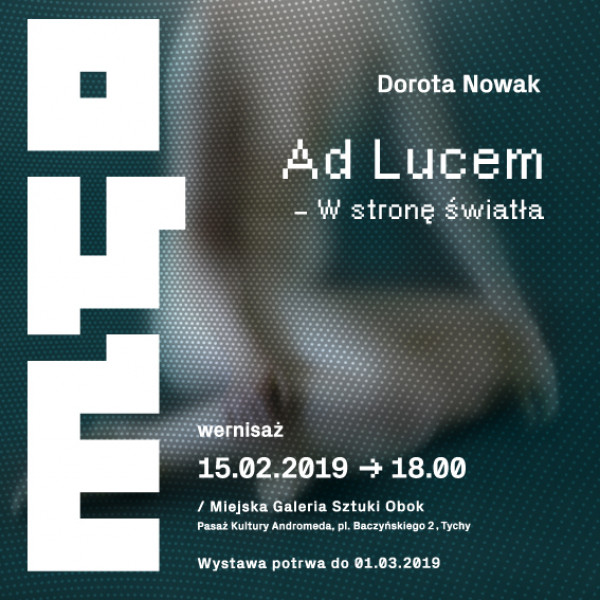 Dorota Nowak at the Museum of the History of Katowice

Transposition is the title of the new exhibition of Dorota Nowak: artist, graduate and teacher of the AFA Katowice.

Dorota Nowak at the Museum of the History of Katowice

Transposition is the title of the new exhibition of Dorota Nowak: artist, graduate and teacher of the AFA Katowice.

The shape of a graphic image is largely determined by the technique of its production. The scale of the image, its colour, structure, screen dot, complexity of technological simplicity all have a direct impact on its perception. The same original image subjected to transformations can become a cycle of autonomous works. A fairly simple transformation of an intaglio miniature clashed with a multi-layer, large-scale print based on the same composition brings out questions about the perception of the image.

Is it still the same work of art? Do images that differ in a similar way that a landscape seen in daylight differs from the same landscape seen at night prompt different interpretations? Or is it only when the two images are seen together that a new reading is induced? Can the game of reproducing one’s own work still make artistic sense in the world of constantly replicated images, reprints and copies? Does the sense appear because we live in a world where everything is processed on multiple occasions and on a scale as yet unseen.

Transposition also exchanges fragments of the images, which correlate with each other to create new contexts and meanings. The repetition strengthens the impact of the image, and its inherent mystery builds an intellectual space for the viewer. The permutations resulting from the layering of the graphic image change its character, sometimes drifting off very far from the original composition. Older works create a context for newer works because some works somehow result from others, being not their contradiction but a coherent continuation. They are something new and fresh, something different, just like we are after a sufficiently long time has passed.